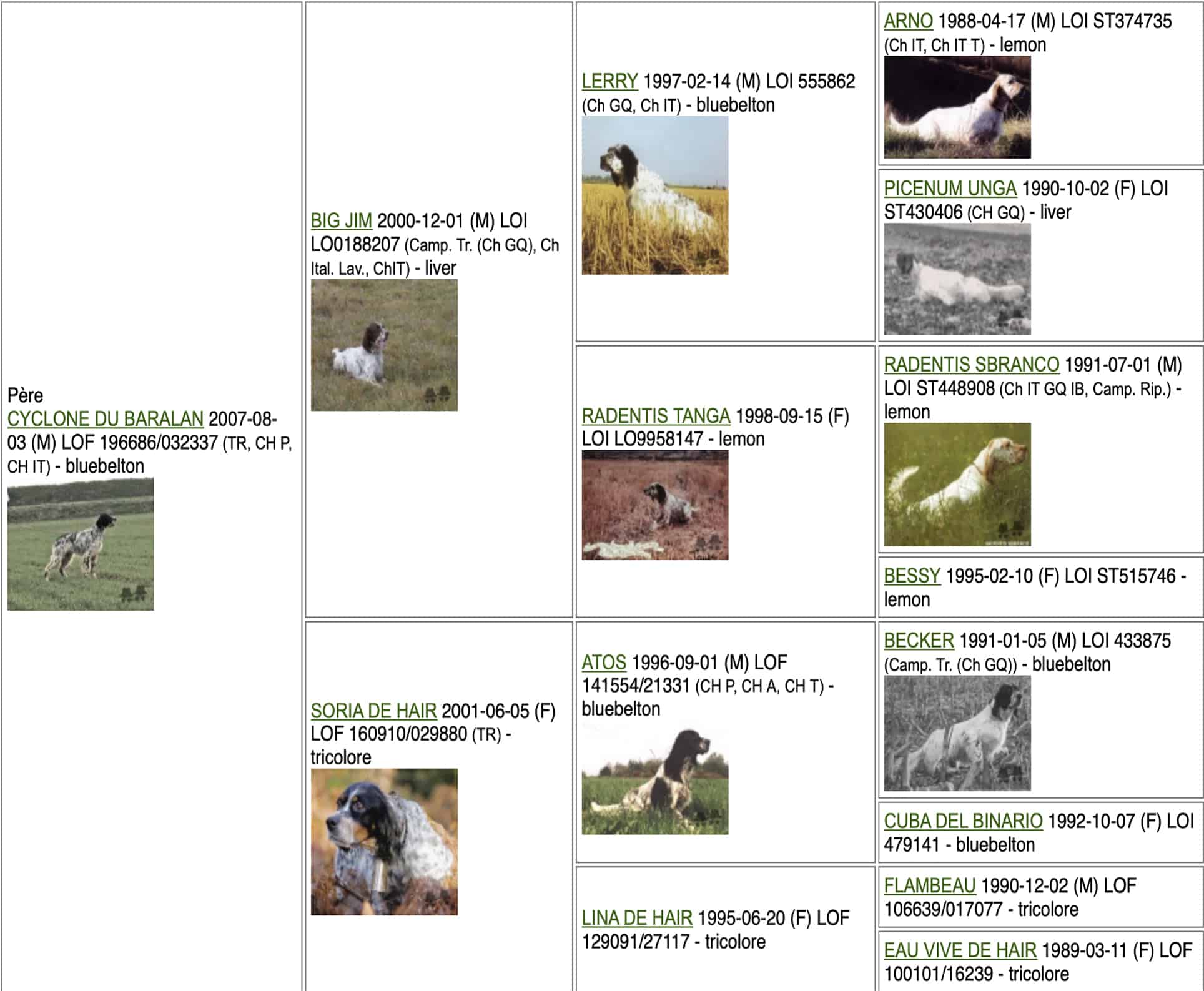 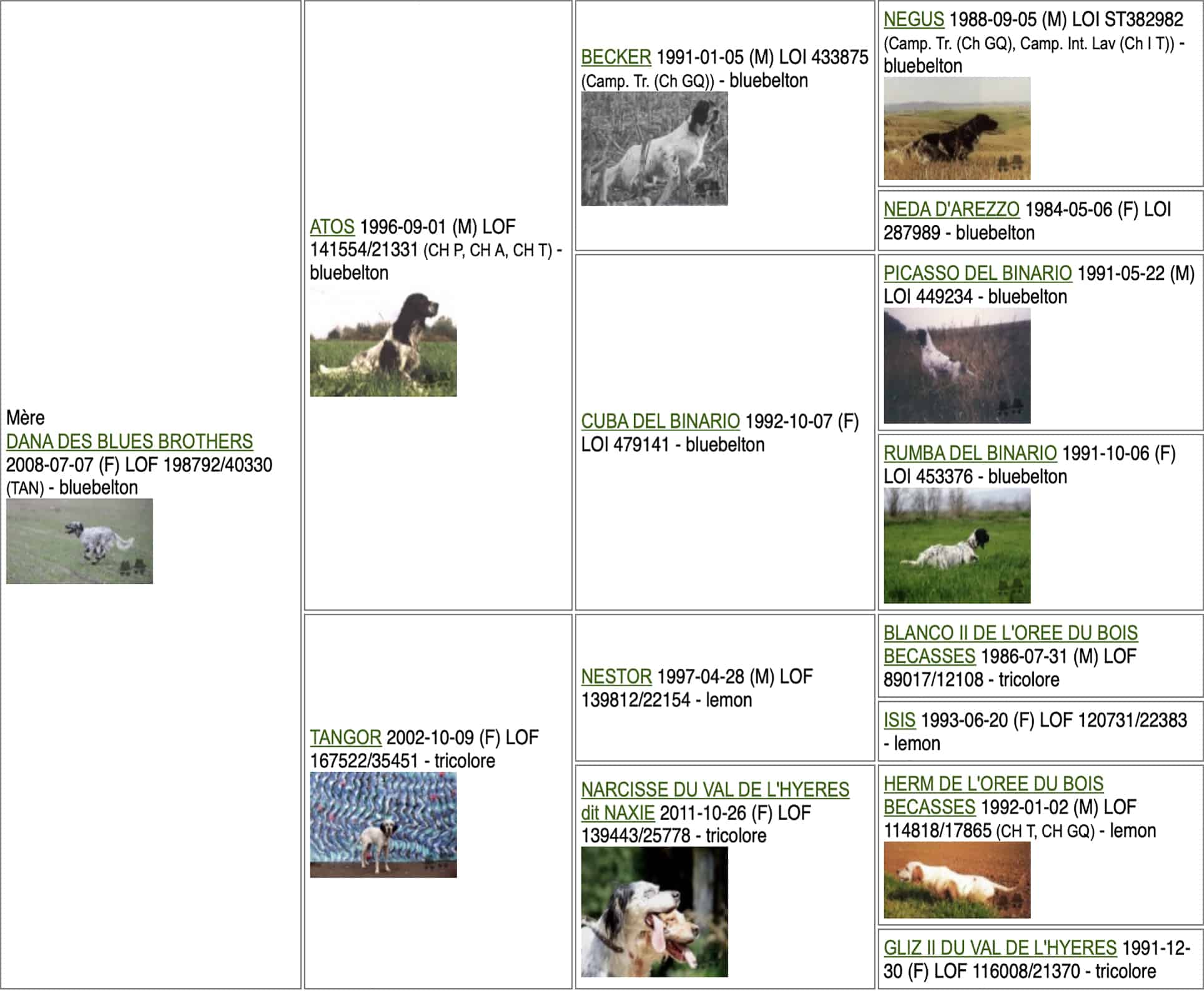 His mother Dana was the most gifted of the litter. A dog who gave us our first big emotions in English Setter sauce. His father, Cyclone of Baralan is a grandson of Atos; Dana’s father… are you following me?
I quote my friend when he explains his choice of male: « The mother of Cyclone, Soria de Hair, who was exceptional in the hunt for her owner, has ranked several times in the CAC couple, produced three fine champions in two litters (Cyclone CH IT P, Espejo CH GQ and El Nino CH P) .Family side, Cyclone descends from Big Jim. The absolute record of CACIT in Grande Quête, 17 CACIT. Thanks with Negus, that Atos’ pedigree is also in. Cyclone is second in the range of values ​​couple spring 2012 and won the PSS in 2010 (Setter Style Award, consecration of exceptional paces in the field).
JoeBlack gives himself the appearance of field dogs in the plains and it is necessary to unload his jacket to hope to follow it in mountain. In symbiosis with her master, no need to dictate what to do, she has only one goal: put a bird in front of daddy. It corresponds to what we like about the Setter: it hunts with greed, it is easy and balanced, it fetch and back naturaly.